How to Play Cutthroat Pool 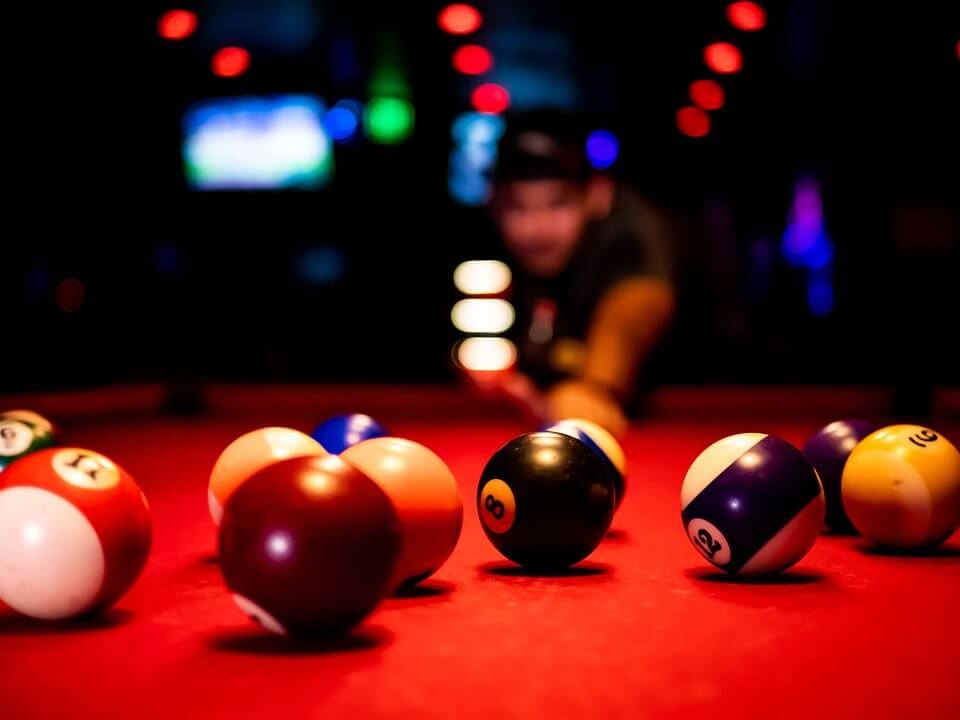 If you’re a beginner to cutthroat pool, you might be wondering how to play the game. There are a few things that you should know to start playing the game, including how to pocket a ball and open break. If you want to play a good game, you should also know how to avoid fouls.

Open break is a crucial technique in cut throat pool. It is the first shot in the game and the objective is to separate four balls from the rack and have all four touch cushions. The open break method requires a good pool cue. Once the balls are separated, it is very important to make a legal break with the cue ball.

Fouls in cut throat pool are similar to those in other pool games. If the cue ball lands outside the table or is pocketed by accident, it is considered a foul. It also results in a scratch if the pocketed ball is pocketed by another player or is jumped off the table.

The cutthroat pool rules are fairly simple and are based on the 2002 BCA Rules of Cut-Throat Pool. It addresses many common situations and misunderstood aspects of the game. Besides the rules for cutthroat pool, most billiard clubs also recommend consulting their general rules of pocket billiards.

To play the cutthroat game, you should use a standard triangle rack. You should put one ball in the foot spot, then the 6 and 11 balls in the corners. The rest of the balls should be placed randomly in the rack. The goal of an open break is to have at least four balls make contact with the cushions in order to score.

Cutthroat pool is a fun and competitive game of pool. However, it can also get complicated if you are playing against experienced players. Learning the basic rules will help you build strategies for winning.

The legal shot is the shot that is made legally with a pool cue. The person who makes the shot must hit the rack of balls fairly hard. When you play cutthroat pool, you and your opponent must agree on a method for calling shots. Normally, there are two methods used to determine the right shot. However, when you play cutthroat pool, the method of calling a shot will depend on the rules of the game.

The legal shot in cut throat pool is similar to the legal shot in other pool games. The ball must make contact with the cushion or the opponent’s ball to make the shot legal. This is to prevent weak shots and to avoid placing the ball in a bad position for the next player. If you miss, your ball will be returned to its original spot and you will lose your turn.

In cutthroat pool, the winner is the player who legally pockets all seven object balls in one game. Depending on the rules of the game, you can also play best of five, best of three, or first to six. If you play with more than eight people, you must use a larger table.

Scratching in cut throat pool refers to a foul that is committed when a player makes a pocketed ball accidentally while playing the game. This makes it possible for opponents to pocket the ball without affecting the rest of the game. Players must then return all pocketed balls and re-strategize.

The objective of cut throat pool is to eliminate as many of your opponent’s balls as possible while pocketing your own. The winner is the last person with at least one remaining ball. The game is played with three players. Each player is assigned a group of numbered balls. In order to move onto the next inning, each player must pocket at least one ball from each group.

In cut throat pool, scratching is a critical foul. This foul occurs when a player pockets the cue ball or hits it with the table while holding it. The player must also make sure the scratch is between the head-string and the head cushion, the imaginary line that is indicated by two diamonds on the breaking side.

Players begin the game with a three-player pool. The first person to pocket the object ball wins the first set. If they win multiple games, they may claim additional sets. The winner receives three points, the runner-up earns two, and the first person eliminated gets one point. The scores are added up after each game. The player with the highest total wins the cutthroat pool. It is an enjoyable and challenging game of strategy.

There are several variants of cutthroat. It is important to know the rules before you start the game. In some variants, opponents may not be allowed to remove balls. If this is the case, you should negotiate the scratch rules with your opponent before the game.

If you play cut throat pool, you’ll want to know how to avoid fouls. There are many ways to commit a foul, but there are also penalties involved. One of the worst things that you can do is scratch your opponent’s cue ball. In the old days, players who scratched the ball were penalized by scratching points off their score. In cutthroat, scratching is also an offense since other players can put their pocketed balls back into the game.

Another way to avoid fouls in cut throat pool is to avoid committing any illegal shots. Players must call the ball’s number before making a shot. Otherwise, the ball will be returned and won’t count for points. However, you can avoid making illegal shots by playing in a more casual environment.

The most important thing is to play smart. If you are not good at cutthroat pool, then you’ll end up getting more fouls. A foul can lead to a team losing the game, which can cost you the game. It’s crucial to be aware of the foul rules in cutthroat pool and stay alert at all times. You’ll want to make sure that you have the right shots and don’t commit any mistakes to ensure a win.

The rules of cutthroat pool are unique and interesting. This type of billiards is played with three or more players. The object is to be the last person with all of the object balls on the table before your opponent can get all of the balls. You can practice this game with your friends to get the hang of it before getting competitive.

Cutthroat pool is one of the most popular social games. It’s a very competitive and fun game to play, but the strategy can get complicated, especially when experienced players are involved. If you want to win at cutthroat pool, you should learn about the basic rules and develop strategies to get ahead of your opponents.

Cutthroat pool is a variation of pool with two to three players, but it can also be played with up to seven players. The object of the game is to be the last person to have all of your opponents’ balls on the table. Each player gets three balls, one for each of them. The object is to protect your ball while potping your opponent’s balls to win the game. Once the game is over, the player who has the most balls is declared the winner.